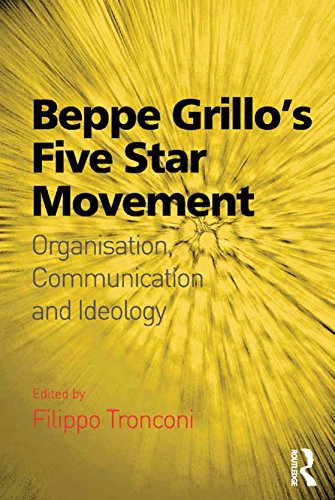 In 2009 Beppe Grillo, a well-known Italian comedian, established the Five Star Movement with the aim of sending a handful of citizens to municipal councils to act as the watchdog of a professional political class often perceived as corrupt and self-interested. However, in the Italian general elections of February 2013, despite still largely being considered a small protest movement, the party gained the undisputed role of leading political actor gaining just under 9 million votes and sending 163 Deputies and Senators to the Italian parliament. The birth and rapid rise of the Five Star Movement represents an electoral earthquake with no parallels in Italy and the whole of post-1945 Western Europe and a phenomenon likely to shape the Italian political scene for many years to come. Drawing on an extensive array of data and face-to-face interviews, this volume offers an empirically grounded explanation of the surprising electoral success of the Five Star Movement and presents a realistic picture of this party in its manifold aspects: organisational structure, communication style, linkages with civil society, ideological nature and positioning in the Italian political system.