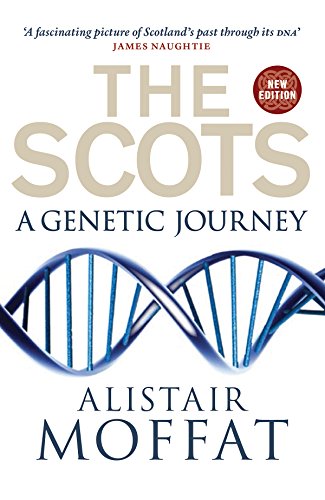 Here, guided by Jim Wilson's researches into Scottish genetic history, he (Alistair Moffat) tackles on the of the biggest stories possible: linking up the story of the earliest Scots to the earliest men... He is wonderfully able to communicate the epic elements of the story - which matters because that's precisely what man's survival has been' - David Robinson, The Scotsman 'I've been enjoyably immersed in it since it arrived on my doorstep last week...wonderfully readable. This is no dry, academic account, but it's the most fascinating and thought-provoking treatment of interlocking aspects of our early history I've yet to read. I recommend it whole-heartedly' - Colin Will, poet and publisher 'Alistair Moffat explores the history of where we all came from, with the help of new DNA science' - BBC Radio Scotland 'In The Scots: A Genetic Journey, historian and broadcaster Alistair Moffat taps into the latest advances in DNA science to find that our origins lie not only deep in the mists of time, but right off the map... with the help of historical geneticist Jim Wilson, he finds that, post-Ice Age, Scotland's earliest settlers walked here from what is now Spain' - Jim Gilchrist, Scotsman 'In The Scots: A Genetic Journey, Alistair Moffat and James F. Wilson explore the history that is printed in our genes, and in a remarkable new approach come to some fascinating conclusions about who we are and where we came from' - The Orcadian 'The fusion of science and the physical history - like an abandoned croft - allows people to trace their Scots ancestry with precision' - Sunday Herald 'The Scots: A Genetic Journey, a book and radio series based on Moffat and Wilson's research, concludes that all Scots are immigrants by descent. Britain as a whole is a mongrel nation' - Julian Baggini 'Skillfully written, weaving together genetics, archaeology, history, and topics of interest like red hair ' - James Honeychuck on Amazon History has always mattered to Scots, and rarely more so than now at the outset of a new century, with a new census appearing in 2011 and after more than ten years of a new parliament. An almost limitless archive of our history lies hidden inside our bodies and we carry the ancient story of Scotland around with us. The mushrooming of genetic studies, of DNA analysis, is rewriting our history in spectacular fashion. In The Scots: A Genetic Journey, Alistair Moffat explores the history that is printed on our genes, and in a remarkable new approach, uncovers the detail of where we are from, who we are and in so doing colour vividly a DNA map of Scotland.